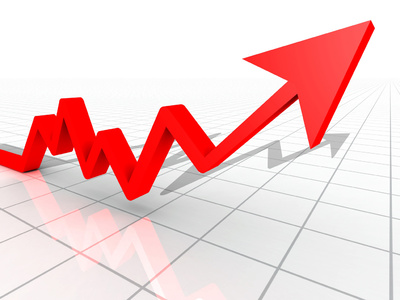 The Sarasota real estate market continued its upward trend with a series of positive results in February 2013.

While January 2013 posted a strong 22 percent year-over-year rise in total sales, February 2013 was more impressive with a 24 percent jump compared to February 2012. If this growth pattern continues, the market could be set for a record-breaking year.

Last year, sales increased markedly in February, March and April, before moderating in the summer months. Pending sales, which provide a measure of expected future closings, totaled 1,138 in February 2013, up nine percent from the previous month. This suggests that sales in March 2013 and beyond could be even higher than the recent levels achieved. The number of pending sales is at the highest level reported since March 2011, further highlighting the strength of the current market.

SAR President, Roger Piro, commented on the recent market performance, "These statistics continue to demonstrate a healthy, energized real estate market.” Piro continued, “We had the fourth highest sales year in history in 2012, and sales for the first two months of 2013 are already topping last year's monthly levels by 23 percent. The pending sales figure also indicates strong sales continuing in the near term, so we could see yet another historic sales year."

The increase in sales in February 2013 and the lower inventory suggest further supply side challenges. The months of inventory measure represents the time it would take to deplete available inventory at prevailing sales rates.

At the end of February 2013, months of inventory stood at 5.0 months for single-family homes and 5.6 months for condos. By comparison, a month earlier the corresponding figures were 5.4 months and 8.4 months. A year ago, the levels were 7.2 months and 9.1 months, respectively. To provide some perspective, at the low point in the market, in November 2008, there were 24 months of inventory for single-family homes and 41.7 months of condos.

To further highlight the recovery in the housing market, only 427 properties listed for sale in the MLS are short sales or foreclosures (460 in January 2013). This represents around 11.3 percent of all available properties for sale, compared to 12.2 percent a month prior and 17 percent in January 2012.

Sarasota foreclosures and Sarasota short sales continue to account for a smaller share of the market. While in late 2010, distressed sales represented 51% of total sales, they only accounted for 35.4 percent in January 2013 and 27.5 percent in February 2013.

The sales price differential between distressed sales and normal arm's length transactions continues to remain high in Sarasota compared to the national average. Locally, in February 2013, the median sale price for a single-family foreclosure sale was $96,000, while the median price for an arm's length transaction was $220,000. Nationally, the price gap has narrowed to only 12 percent, according to Business Insider Magazine in an article headlined, "Those Amazing Deals on Foreclosed Homes Are Disappearing".

Overall, the statistics for February 2013 reflect continued vibrancy in the Sarasota real estate market, with both local residents and seasonal visitors purchasing homes or investment properties.

If you have any questions about purchasing Siesta Key real estate or about the buying or selling process, we'd love to help. Please contact Key Solutions Real Estate Group, or call (941) 894-1255.