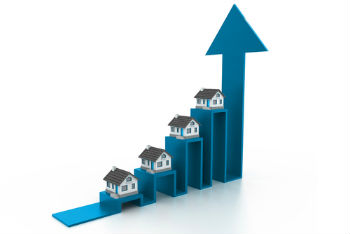 2014 is shaping up to be a record-breaking one for property sales in the Sarasota area, and demonstrates a continued rebound as more people want to relocate to Southwest Florida, and continue to do so. The news is terrific!

2013's sales were likewise very strong, coming in with the second-highest rates in 91 years. The first half of 2014 shows that this year is stronger than 2013, and is on track to make 2014 an exceptional year for real estate sales.

Another great piece of real estate news is that distressed-property sales continue to drop as part of the overall percentage, especially when compared with sales percentages following the housing market crash from 2010. In June 2014, distressed properties, including foreclosure sales and short sales, represented 20.1% of the total properties sold. While a slight increase over May 2014's 19%, June 2014's number is still better than June 2013's figure of 23% and remains far below the high foreclosure numbers seen four years ago, representing a return to an overall strong and normalized real estate market.

June 2014's pending sales remained strong at 901, which indicates strong sales in July 2014, but also that July's sales should be slightly lower overall. This is to be expected, as many residents of Sarasota choose to head out of state on vacation during this time of year. June's numbers represented a decline from May's pending sales of 1,042. However, June 2013's pending sales numbers were 899 and translated into July 2013 completed sales of 969.

What all of this indicates is that the property market continues to be strong and robust as the first half of 2014 has demonstrated. It is an exciting time in real estate, whether working as a professional or placing a Sarasota home or condominium for sale. Prices continue to improve and the sales are strong, indicating great things to come.