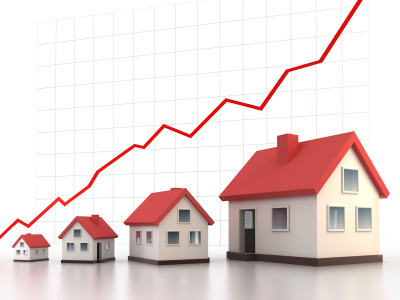 October was another strong month for real estate sales in Sarasota, and the county remains on course to set a record for annual sales. Total sales topped the crucial 1,000 mark for the fifth time in the past eight months. The grand total for the month came to 1,011 closed sales. Of these, 288 properties were condos and 723 were single family residences. This is an 8.2 percent rise over the 934 homes sold in September and a full 23.3 percent higher than the 820 sales in October of last year.

Sarasota County may finally break the record it set in 2004 when 11,482 single family homes and condos were sold throughout the county. Total sales for 2014 already total 9,795, putting the goal well within reach. In fact, realtors in the county only need to sell another 417 properties to breach the 10-year old record.

The record should fall before Thanksgiving if sales continue at their current pace. It would take a serious setback in the market to prevent the record from falling and nothing of the sort is expected to happen before the end of the year. The economy continues to improve and unemployment is still dropping. Sales haven't yet begun to slowdown for the holiday season. This isn't a surprise since Sarasota County hasn't experienced the traditional holiday decrease for the last several years. The improving economic conditions should only add to the sales totals for the remainder of 2014.

Prices continue to rise as well. Condos alone dropped in price last month, shaving 11.4 percentage points off their September median of $195,000, bringing the median condo price in Sarasota County down to $175,000 in October. Such fluctuations are normal in the condo market as investor interests change, and the median price over the 12-month period, $180,000, is still an increase of 12 percent from October 2013's median 12-month price of $162,900.

November closings are forecast to be somewhere in the neighborhood of the 818 sales which closed in November of last year. This number is projected using the number of sales pending at the end of October, which stood at 773. While this figure represents a drop from last October's 820, and is a 17.5 percent drop from the 938 sales that were pending at the end of September, it is still a strong number.

The number of distressed properties that sold in October remained steady at 24 percent but has declined from the 25.8 percent value seen in October 2013. The percentage of short sales and foreclosures listed for sale in Sarasota County has ranged from 10-12 percent all year and October was no exception; the percent of distressed properties for sale in the county was 10.1.

Seasonal residents are beginning to return to the county, and this is causing the usual rise in inventory as more people begin listing properties. The number of available properties in Sarasota County increased from 3,666 in September to 3,791 in October, a rise of 3.4 percent. This is still 6 percent less than the 4,032 properties that were on the market in October 2013.

Regardless, 2014 is going to be a record-breaking year for Sarasota county and with any luck, 2015 will be even better.